This is a RPG Maker MV plugin that creates a display in battle to show an enemy's elemental weaknesses. These weaknesses will start off hidden and will be slowly revealed whenever they receive elemental damage of the correct type. Choose to display the enemy's HP status, too. 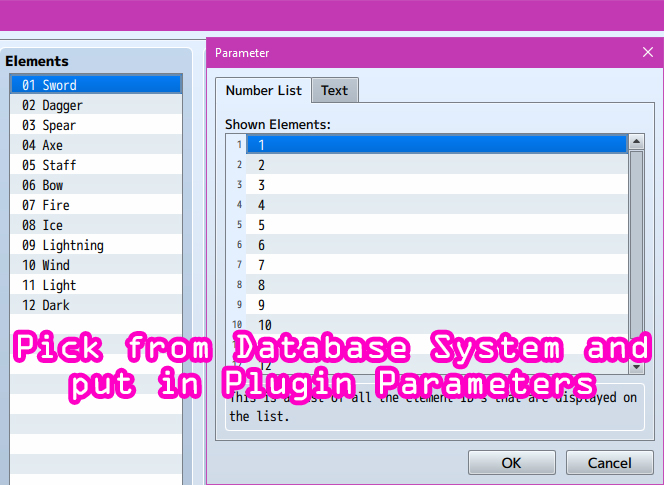 Shown Elements: This is a list of all the element ID's that are displayed on the list. Leave out the ones you don't want displayed.

Element Icons: Icon ID's used for the "Shown Elements" plugin parameter. They will match the icons shown in the list above based on order.

Unknown Weakness Icon: Icon ID used for an unrevealed element. If a weakness hasn't been revealed yet, this icon will appear.

Always Show?: Always show the weakness display? Otherwise, it is hidden until enemy is selected or attacked and then fades away like shown above.

Hide After Duration: If the Weakness Display isn't always shown, hide after this many frames of it being visible.

Show HP Gauge?: Show the HP gauge for the enemy by default?

Minimum Width: This is the minimum width of the HP gauge if the gauge is smaller than the enemy name

Gauge Padding: This is how much padding on both sides to give the HP gauge after calculating the width 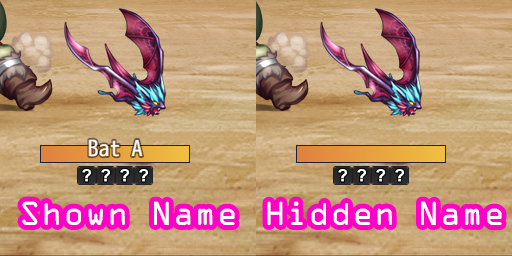 Show Name?: Show the name of the enemy?

Show States? Show states in the weakness display instead of on top of the enemy sprite. This makes it easier to keep track of all enemy information in one place instead. 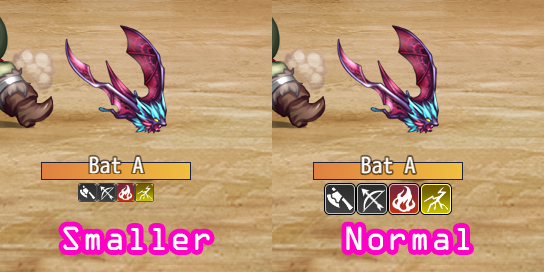 Weak Icon Size: Rate of how much to shrink the weakness icons.

This plugin is made for RPG Maker MV versions 1.6.1 and below. If you update RPG  Maker MV past that and this plugin breaks, I am NOT responsible for it.

In order to download this tool you must purchase it at or above the minimum price of $8.99 USD. You will get access to the following files: 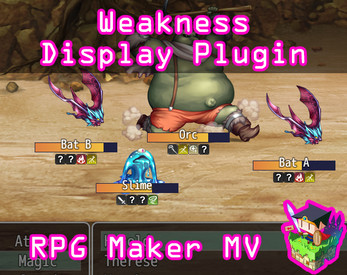