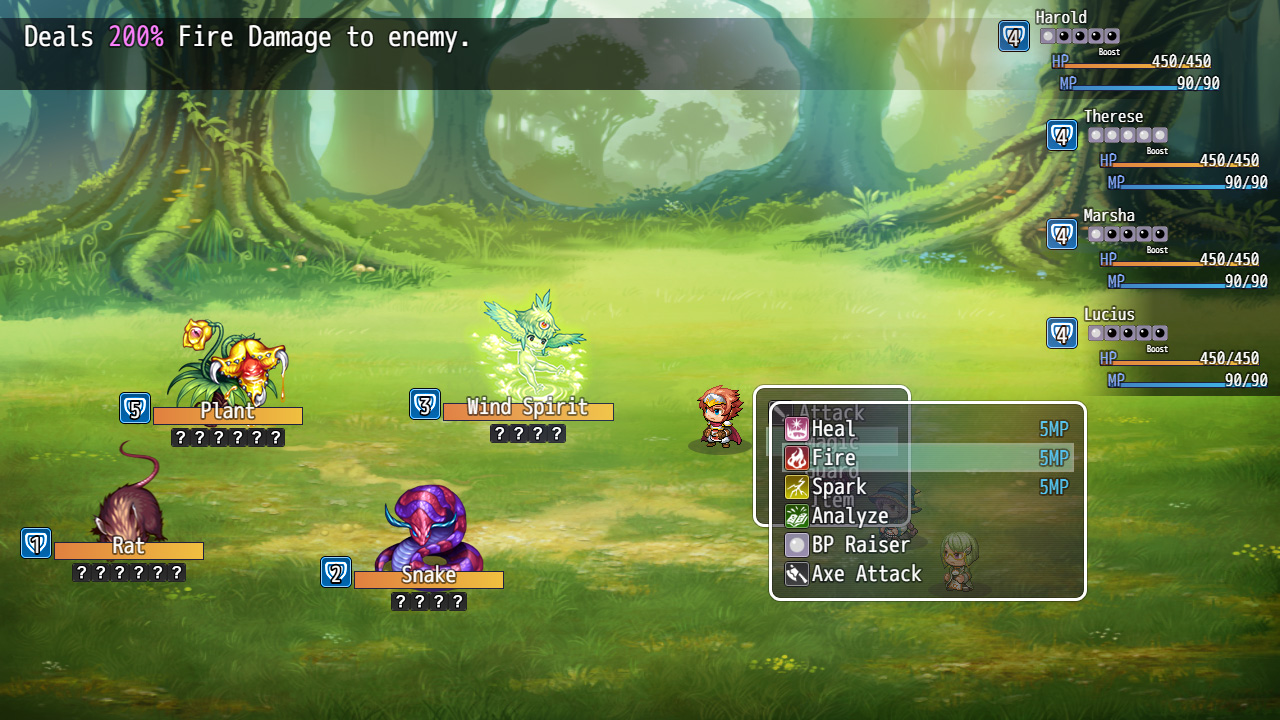 This is a RPG Maker MV plugin that changes the UI of the battle system to something more minimalistic. The menus are placed towards the player's party to let the player focus their attention to the center of the screen instead of to the lower ledges of the screen.

This plugin best works in a game with a higher resolution. I recommend a 16:9 screen ratio of roughly 1280x720 size. If you want to change your game screen's resolution, please use Yanfly's Core Engine plugin:
http://yanfly.moe/2015/10/09/yep-1-core-engine/

The status menu is also reworked to reduce the amount of lag produced by the game system. Without this plugin, RPG Maker MV's battle system produces a lot of lag and uses too many resources by constantly redrawing the status window every turn. This causes the game's FPS to drop a lot. This plugin changes the times needed to update the status window and only when it needs to do so.

This is the FPS without the UI plugin at turn start

This is the FPS with the UI plugin at turn start

This plugin requires YEP Battle Engine Core because it uses a lot of functions from the Battle Engine Core to optimize and reduce the amount of lag produced by the battle system and to calculate the window positions. If you do not have this plugin, go here to download it from Yanfly's website: http://yanfly.moe/2015/10/10/yep-3-battle-engine-core/

Plugin parameters can be changed to customize your battle's appearance. Please go over each one carefully. 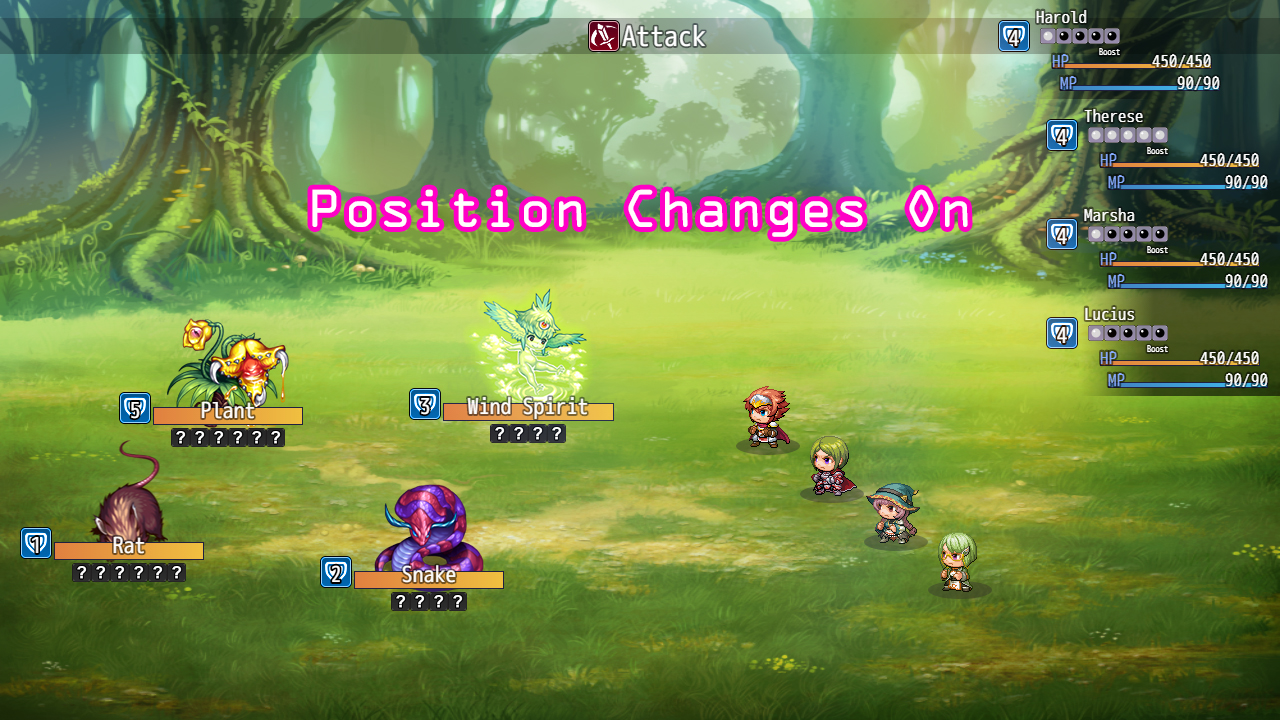 Position Actors: Position actor sprites on the screen using the formula below? This overrides the formula used in Yanfly's Battle Engine Core and Row Formation so turn this off if you want to use those settings instead.

Position Enemies: Position enemy sprites on the screen using the formula below? This overrides the formula used in Yanfly's Core Engine and Row Formation so turn this off if you want to use those settings instead. 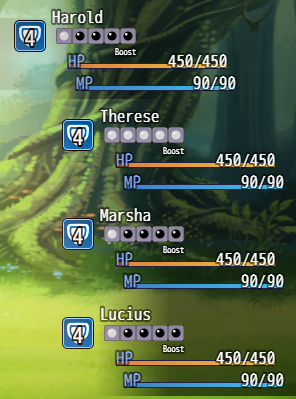 Ceiling Distance: How many pixels from the top of the screen to leave as room for the status windows?

Gauge Height: How high should the gauges of the windows be pixels

Gauge Width: How wide should the gauges of the windows be in pixels

Move Distance: Active: Move the status window this many pixels when the battler is the active battler

Move Distance: Selected: Move the status window this many pixels when the battler is selected for a skill or item target

Move Distance: Speed: The move speed for the window when animating

States Max: Maximum number of states to draw on the status windows

Window Scale: Scale the size of the contents of the status windows down by this much

Window Width: How wide should the status windows be on the screen 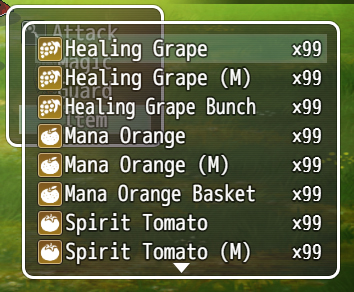 Window Scale: Scale the size of the contents of the command and list windows down by this much

Window Masking Effect: Enable or disable the window masking effect. By turning off masking, you also get weird of the strange clipping effects when windows are on top of each other.

If you want to display TP in battle, please enable the Display TP in Battle checkbox in the Database's System tab. This is a new feature added in from the September 4, 2018 update of the plugin. Thank you, NightWaIker for alerting me of this forgotten feature.

This plugin is made for RPG Maker MV versions 1.6.1 and below. If you update RPG Maker MV past that and this plugin breaks, I am NOT responsible for it.

This plugin is NOT compatible with other plugins that change the battle status window because they are likely to overwrite each other.

In order to download this tool you must purchase it at or above the minimum price of $8.99 USD. You will get access to the following files: 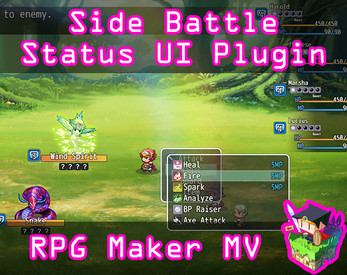 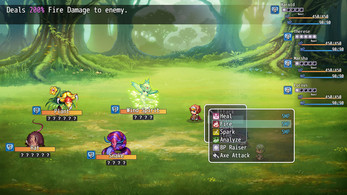