A common mechanic found in many RPG's nowadays is the ability to steer the
way enemies target party members. This can be in the form of provocations.

Provocations come in the form of states, where when a unit applies a provoke
state on a target, the target must attack the provoker when using single
target skills. This plugin provides support for multiple provocations and
such provocations will be given focus based on the state's priority value.

The provoke will last only as long as the duration of the state itself. If
the state's duration is refreshed by reapplying the Provoke state, then the
provoker of that state will then switch over to the one applying the newly
added state.

When an actor selects a target for an action and the actor is provoked by
an enemy on the other team, the player's choice selection becomes limited to
only the provoker.

Provoke can be bypassed through the <Bypass Provoke> notetag.

If you are using the following plugins, place this plugin UNDER those in the
Plugin Manager list. 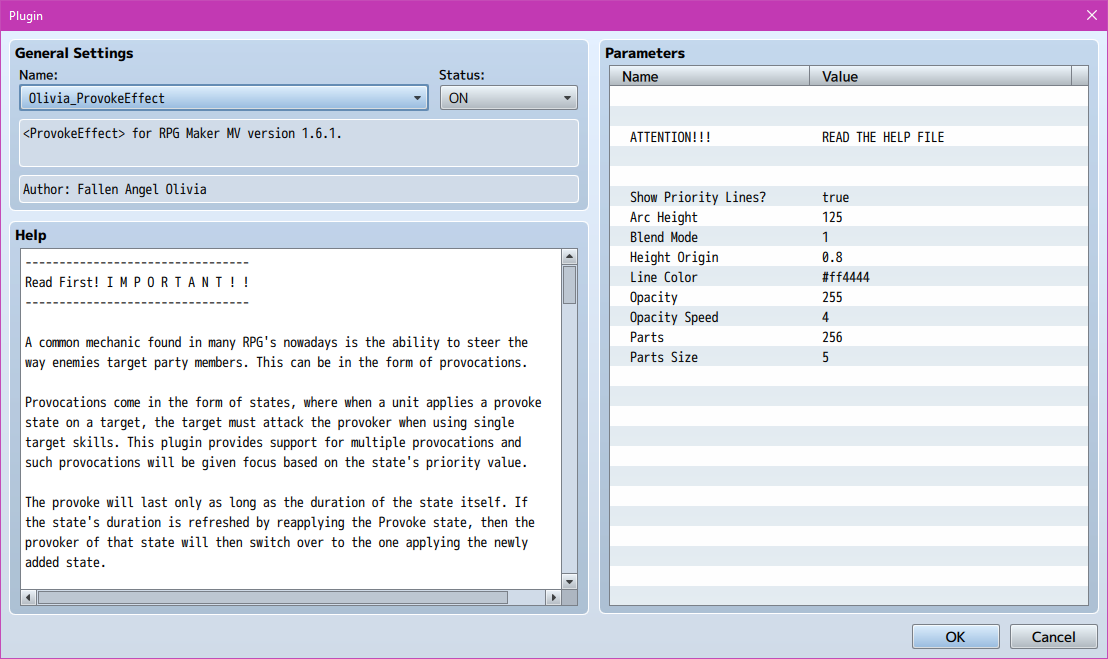 The plugin parameters control the Provoke Lines that are added through this plugin:

Arc Height
- How tall should the line arc in pixels?

Blend Mode
- The blend mode used for the sprite.

Height Origin
- The rate from the battler's sprite base to determine where the line starts from.

Line Color
- Use #rrggbb for color

Opacity Speed
- The speed at which opacity fluctuates for the line sprite.

Parts
- The number of joint parts to split up the sprite as.

Parts Size
- The number in pixels for the diameter of each part. 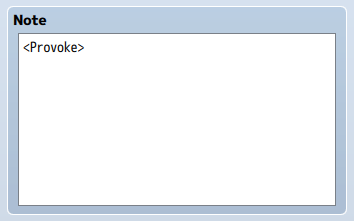 This plugin is made for RPG Maker MV versions 1.6.1 and below. If you update
RPG Maker MV past that and this plugin breaks, I am NOT responsible for it.

1. These plugins may be used in free or commercial games.
2. 'Fallen Angel Olivia' must be given credit in your games.
3. You are allowed to edit the code.
4. Do NOT change the filename, parameters, and information of the plugin.
5. You are NOT allowed to redistribute these Plugins.
6. You may NOT take code for your own released Plugins without credit.

If you are using this plugin, credit the following people:

In order to download this mod you must purchase it at or above the minimum price of $5.39 USD. You will get access to the following files: